No Result
View All Result
Home Tech Launch and Reviews

Realme 9i set to launch in India in January, ahead of launch in Vietnam, Price and specifications that you can expect

Earlier this week, The brand launched the 9i in Vietnam the smartphone was originally first in Vietnam

by Suman Rodrigues
in Launch and Reviews, Tech
0

Realme will launch its latest Realme 9i on January 18. The company made an official announcement on Thursday about the launch of its first event of this year in the country. The Realme 9i is the company’s latest handset in the number series. However, the brand new smartphone is likely to bring several improvements on the specifications and design side. Some of the features in the handset include an adaptive refresh rate on display, a massive battery, and 50-MP cameras.

Earlier this week, The brand launched the 9i in Vietnam the smartphone was originally first in Vietnam. Moreover, the handsets specifications and design remail already disclosed and the pricing too. Realme had previously made available special storage variants. Since Realme has lessened prices for its smartphones. 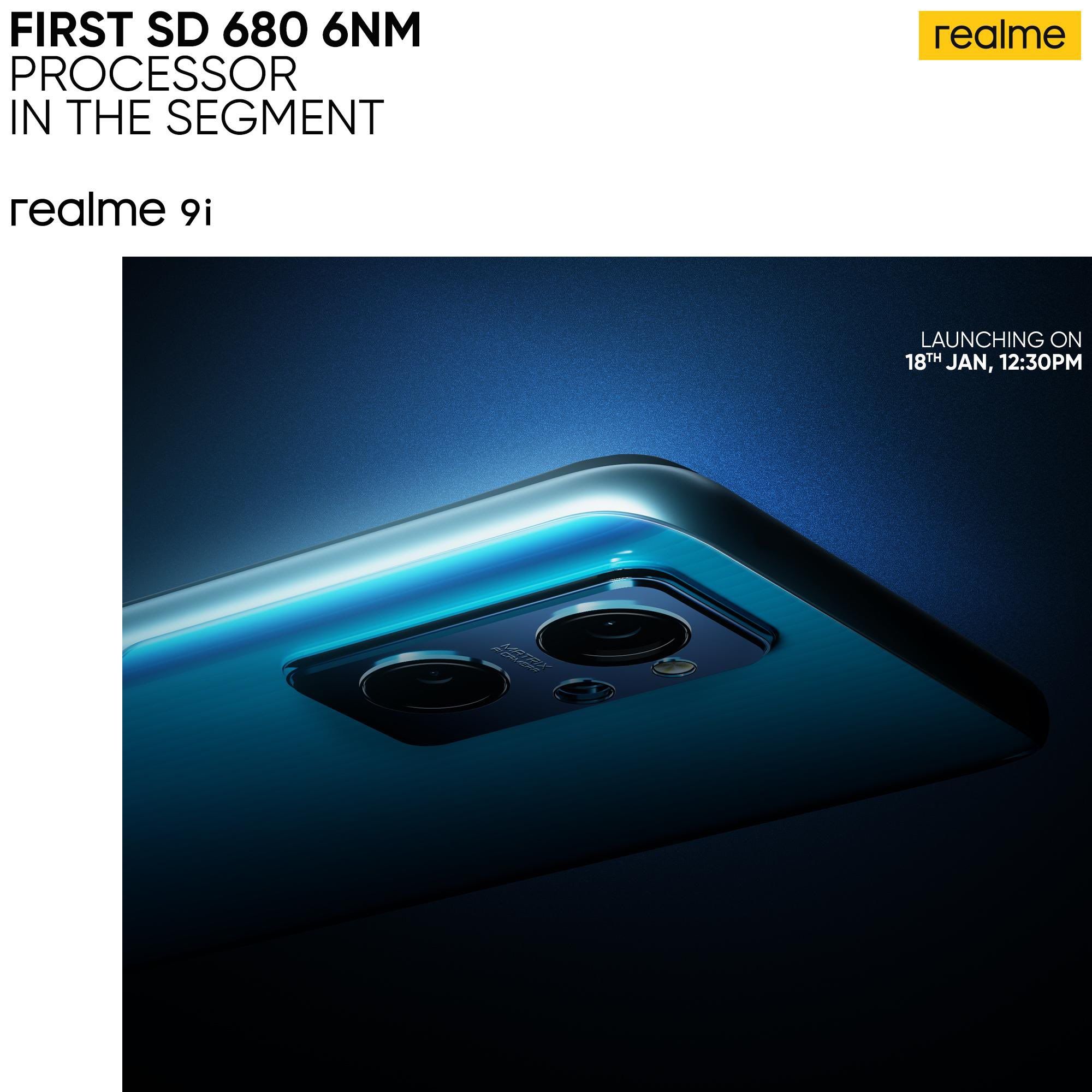 Realme 9i price in India

According, to Realme India’s recent teasing, as shown in the above picture unveils its Realme 9i in India on January 18th. The company has teased the blue color variant of the handset in the poster above. However, the much-anticipated phone might come in more color variants as well.  As far as pricing of the device is concerned the brand is yet to reveal the prices and costing f the handset in India. However, as per several tipsters and previous leaks, we can expect the phone to be priced around 14,499 in India

Moreover, if you convert the Vietnamese pricing of VND 6,290,000 into the Indian Rupee, the handset would be costing roughly around Rs 20,500.

Realme 9i features and specifications

The latest handset equips a 6.6-inch Full-HD+ IPS punch-hole LCD with a 90Hz refresh rate and the highest brightness to 480 nits. For video chatting and selfies, the smartphone has a 16-megapixel selfie camera Inside the punch-hole.

Latest Qualcomm Snapdragon 680 4G soC powers the smartphone paired with 6GB of RAM and 128GB ROM. Additionally, users can increase the existing storage via a micro Sd Card up to 1TB.

The Realme 9i features a 50-megapixel main camera, a 2-megapixel secondary camera, and a 2-megapixel portrait camera in the rear.  It equips a massive 5000mAh battery that supports 33W fast charging, connectivity options in the phone include such as Wi-Fi, Bluetooth, GPS, and a 3.5mm headphone jack.

5G could worsen and bring Flight operations to a halt; CEO’s of Major US Airlines Warn

Stocks are in focus 5 newsmakers of the day

Myanmar: 15-20 killed amid clashes between military gov’t and resistance