On Sunday Bangladesh beat Zimbabwe by 5 wickets securing the series victory. The match was played in the Harare Sports Club in Harare, Zimbabwe. Zimbabwe won the toss and elected to bat first. The home team scored their second highest tally of 193-5, yet lost the game to a narrow win for the visitors.

Player of the match as well as Player of the tournament was awarded to Soumya Sarkar for his brilliant performance both with the ball and bat. Shamim Hossain lead the team to victory in the last over with just four remaining balls.

Initially the Zimbabwe side was off to a good start with both the openers scoring 27 and 54 runs. Wesley Madhevere scored 54 off 36 balls and Regis Chakabva scored 48 off 22 balls carrying the team to a profitable run margin. At the end of the first innings Ryan Burl gave the team a leap when he scored 31 off 15 balls and remained not out. 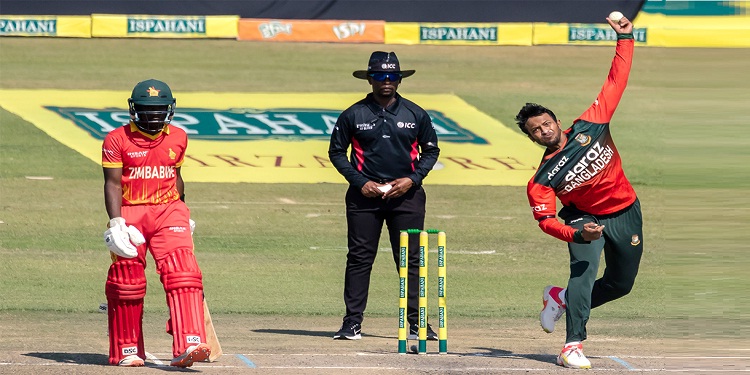 Soumya Sarkar dismissed the almost half century scorer and Sikandar Raza for a duck. He took 2 wickets and gave only 19 runs in 3 overs with an economy of 6.33.

Bangladesh opener Mohammad Naim was dismissed in the early overs. Soumya Sarkar and Shakib Al Hasan had a partnership of 50 runs till Shakib got dismissed at 25. Soumya went on to score 68 in 49 balls giving the team a powerful chase. In the middle order Mahmudullah contributed his crucial 34 runs and later Shamim’s 31 in 15 balls sealed the victory for the Bangladesh side.

Congratulations to Tigers for winning the T20I series against Zimbabwe.#BANvZIM pic.twitter.com/wOldJv54bX

Steve Smith will rapidly recover, and if challenges arise, he will find solutions: Ricky Ponting

Moto G Pure may be powered by the MediaTek