by Priyanshu Halder
in Sports
0

On Sunday during the British GP, Max Verstappen and Lewis Hamilton collided. Verstappen went off track and crashed into the barrier and was later taken to the hospital. Verstappen described the act as ‘Disrespectful and Unsportsmanlike’ and accused him of intentionally carrying out the incident.

Lewis Hamilton, the seven time world champion won the British GP on Sunday. For the incident with the RedBull Racing driver he says that it was not his fault and that Max had not given him space in the curve. He has been accused by the injured. As a result he also has been racially abused online. Lewis had to pay a time penalty of 10-seconds.

Glad I’m ok. Very disappointed with being taken out like this. The penalty given does not help us and doesn’t do justice to the dangerous move Lewis made on track. Watching the celebrations while still in hospital is disrespectful and unsportsmanlike behavior but we move on pic.twitter.com/iCrgyYWYkm

Max states that he watched Lewis celebrate with his trophy from the hospital. He felt disrespected but said that he will move on. After 10 races the Mercedes racer is only 10 points behind Verstappen and hopes to cover up the lead. 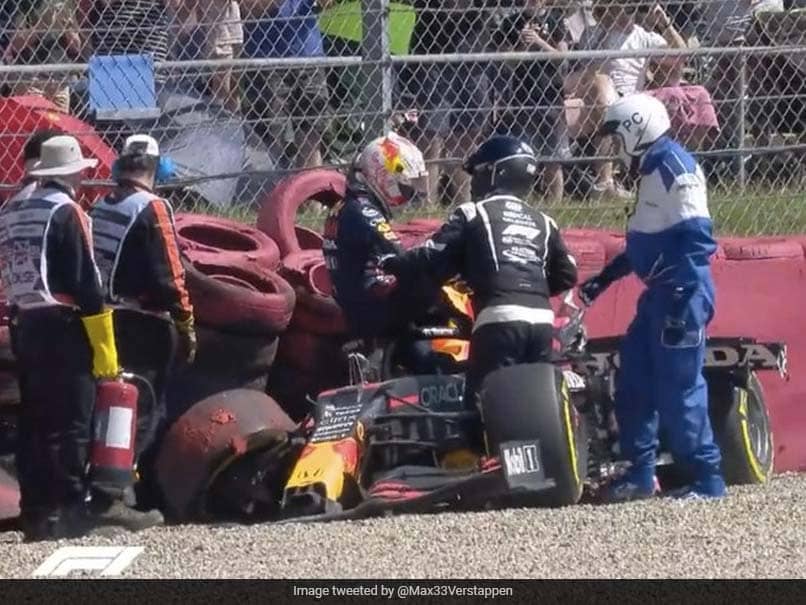 Hamilton’s comments after the British GP:

“This is a dream for me today, to do it in front of you all”.

He further went on to say, “I always try to be measured in how I approach, particularly with battling with Max, he’s very aggressive. And then today I was fully alongside him and he didn’t leave space.”

This win is Hamilton’s 99th win and in the table he is coming up second behind Max Verstappen with Leclerc behind him.

The NZC has moved all matches against the Indian Women’s Cricket Team to Queenstown, to reduce the threat of Covid-19

Rohit Sharma is back to lead India in ODIs, T20Is vs West Indies, Jasprit Bumrah and Shami rested

BTS shares a glimpse of ‘My Universe’ with Coldplay