The Bharatiya Janata Party (BJP) released the first list of 107 candidates for the first and second phase of the upcoming Uttar Pradesh Vidhan Shaba elections on Saturday.

by Suman Rodrigues
in Nation
0

The Bharatiya Janata Party (BJP) released the first list of 107 candidates. For the first and second phases of the upcoming Uttar Pradesh Vidhan Shaba elections on Saturday. Union Minister Dharmendra Pradhan announced in a press briefing earlier today. The current UP Chief Minister Yogi Adityanath is being fielded from Gorakhpur and Deputy CM Keshav Prasad Maurya from the Sirathu constituency, He added.

In the meantime, The ruling party fielded former Uttarakhand Governor Baby Rani Maurya from the Agra Rural Constituency. In the past Baby, Rani has contested one assembly but did not find any success

PM Modi reviews progress and implementation of govt schemes and programs in various districts; interacts with DMs of 112 districts

BJP’s first list includes 107 candidates. Of which 57 are candidates contesting for the first phase and 48 for the second phase of the Vidhan Shaba polls 2022. According to the party’s press release. Out of the 107 candidates announced, 44 were from Other Backward Caste and 19 from the Schedule cast.

The party releases the list of its candidates a day after. 2 Ministers and several sitting MLAs Depart the party and joined the opposition Samajwadi Party. The reason being the negligence of Dalits and OBC’s in the party. Meanwhile, In contrast to which the party has cited the number of OBC and SC candidates among the list.

It all started with the resignation of MLA Swami Prasad Maurya. A Five-term MLA and OBC leader. He stepped down from his post as. Minister for Labour and Employment in the Yogi cabinet. Followed by, Senior OBC leader   Dara Singh Chauhan’s resignation who was another minister in Yogi’s Cabinet.

Verma, from Shikohabad in Firozabad district. Was among the 8 MLA’s who resigned from the party said. “Nobody paid attention to Dalit, Backward, and minority community leaders. In The Yogi Adityanath led Government In the past 5 years” 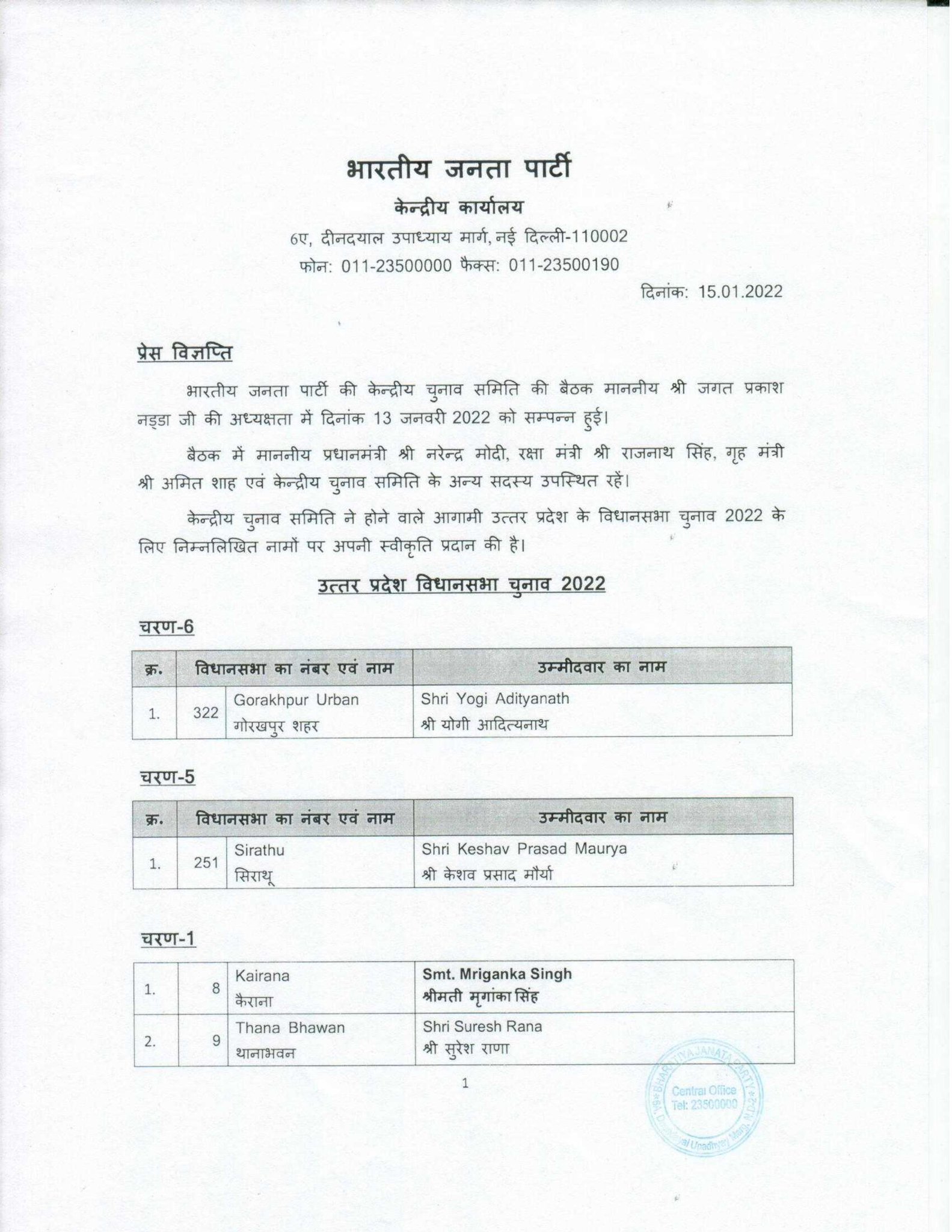 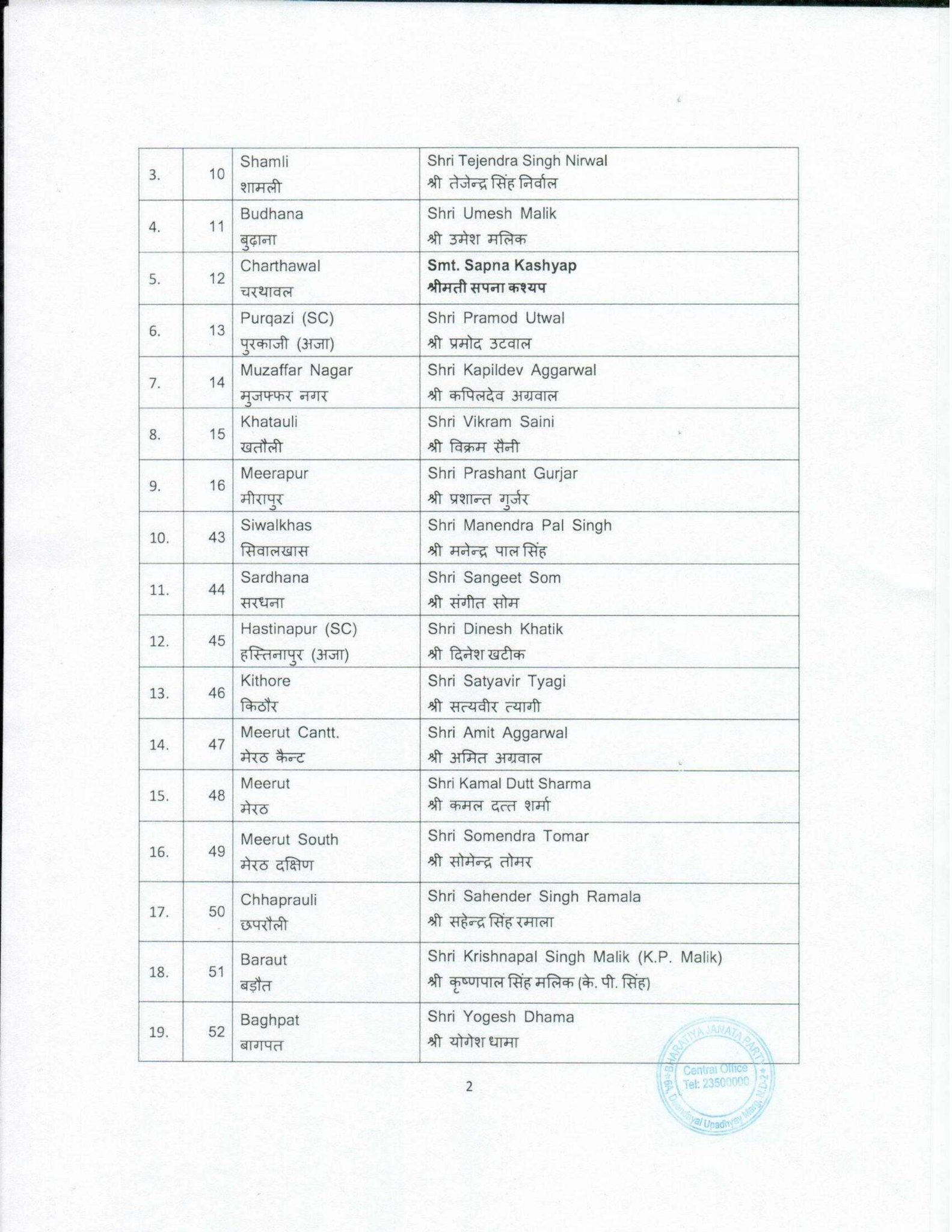 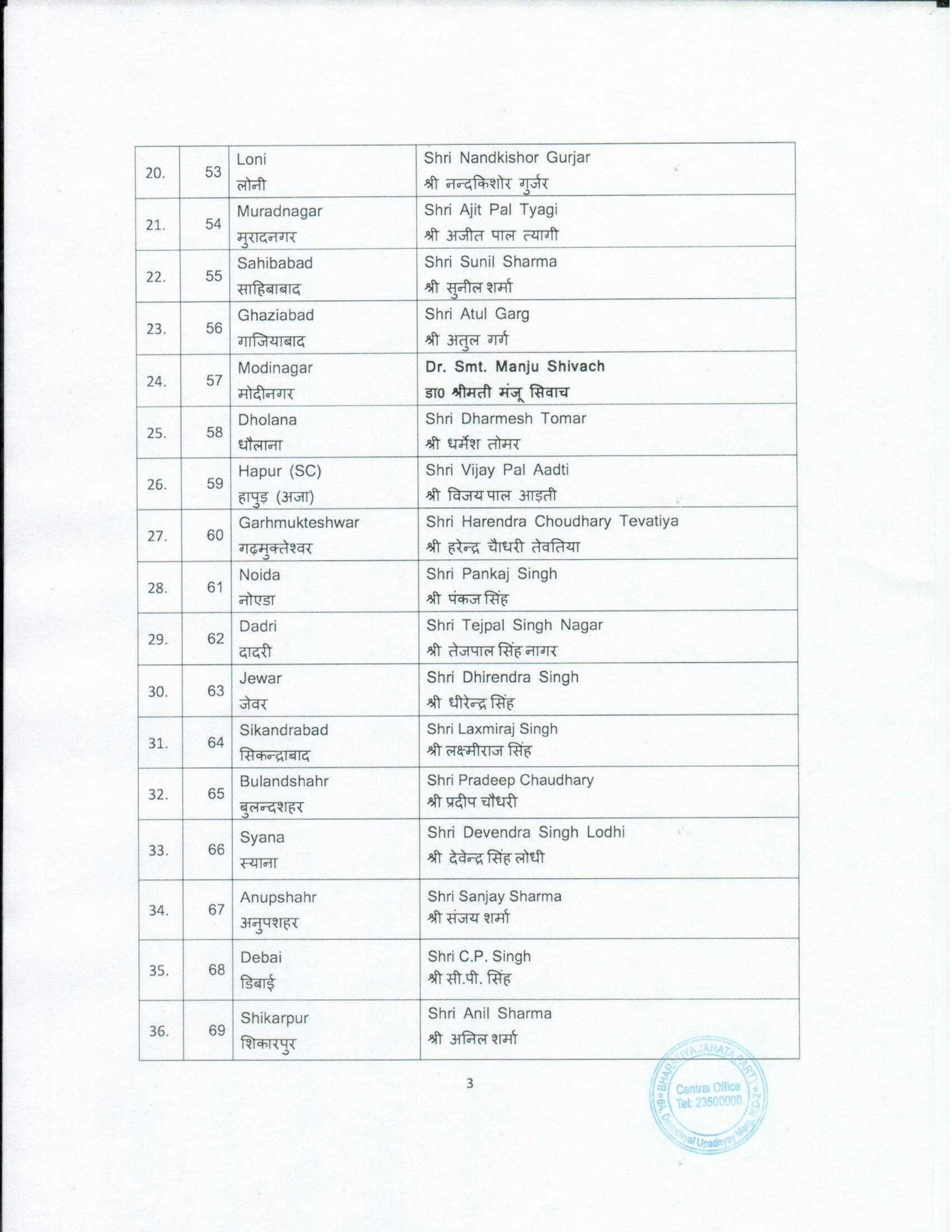 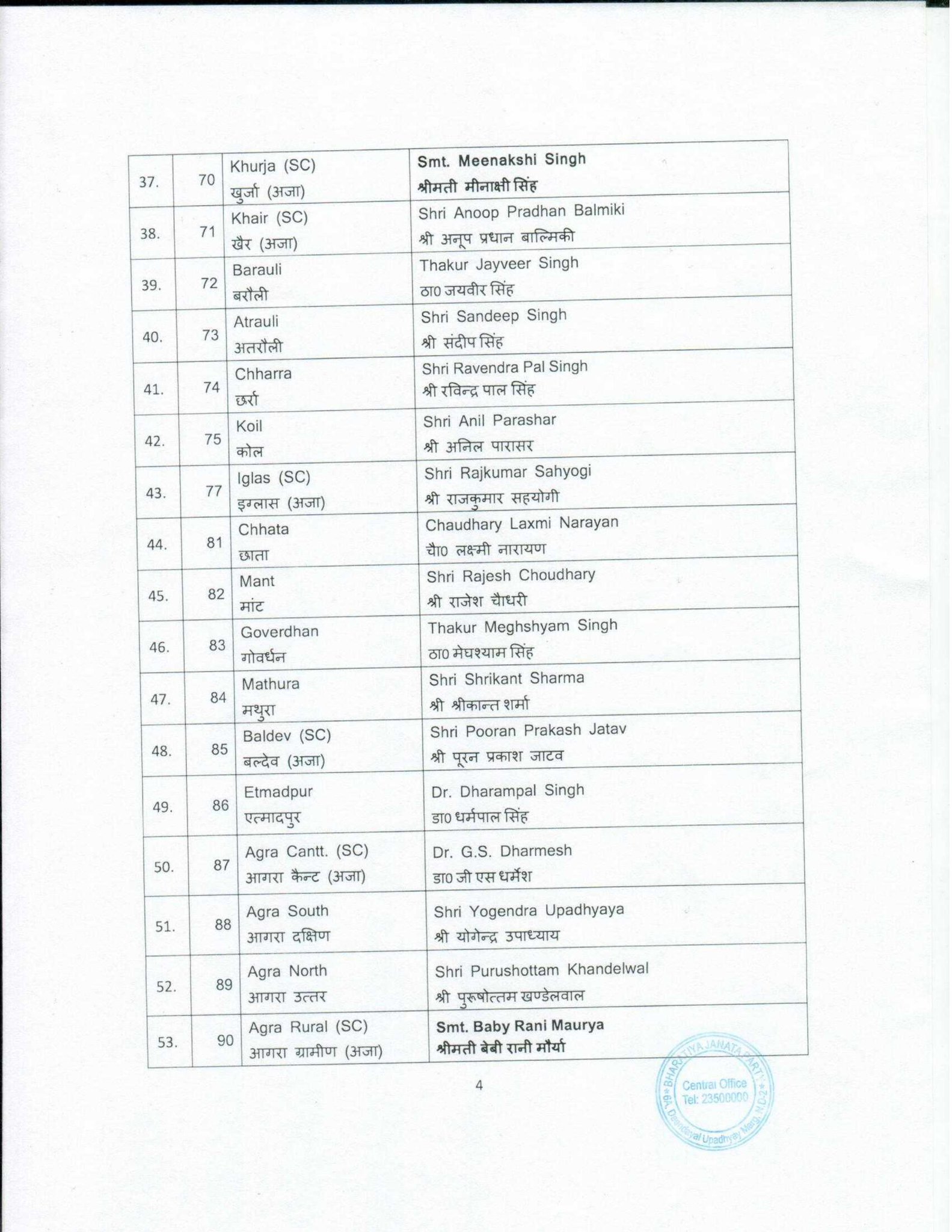 PM Modi reviews progress and implementation of govt schemes and programs in various districts; interacts with DMs of 112 districts

PM Modi to interact with DMs of various districts via video conferencing; Progress of Government schemes in districts to be reviewed