Fact Check: No need to give up poultry dishes due to black fungus fears!

A claim is circulating on social media with a screenshot of an NDTV report stating that Punjab government has notified poultry farm as an "infected area". Truthunfold probes the truth!

Thinking about giving up your favorite chicken dishes doesn’t feel good, right? But wouldn’t it be dreadful if you got to know that the chicken you’re eating might be a source of one of the deadly fungus that has been affecting several Indians right now?

A claim has been noticed to get viral on social media along with the screenshot attached that shows NDTV report. It says, “Punjab government has notified the poultry farm as an infected area.” 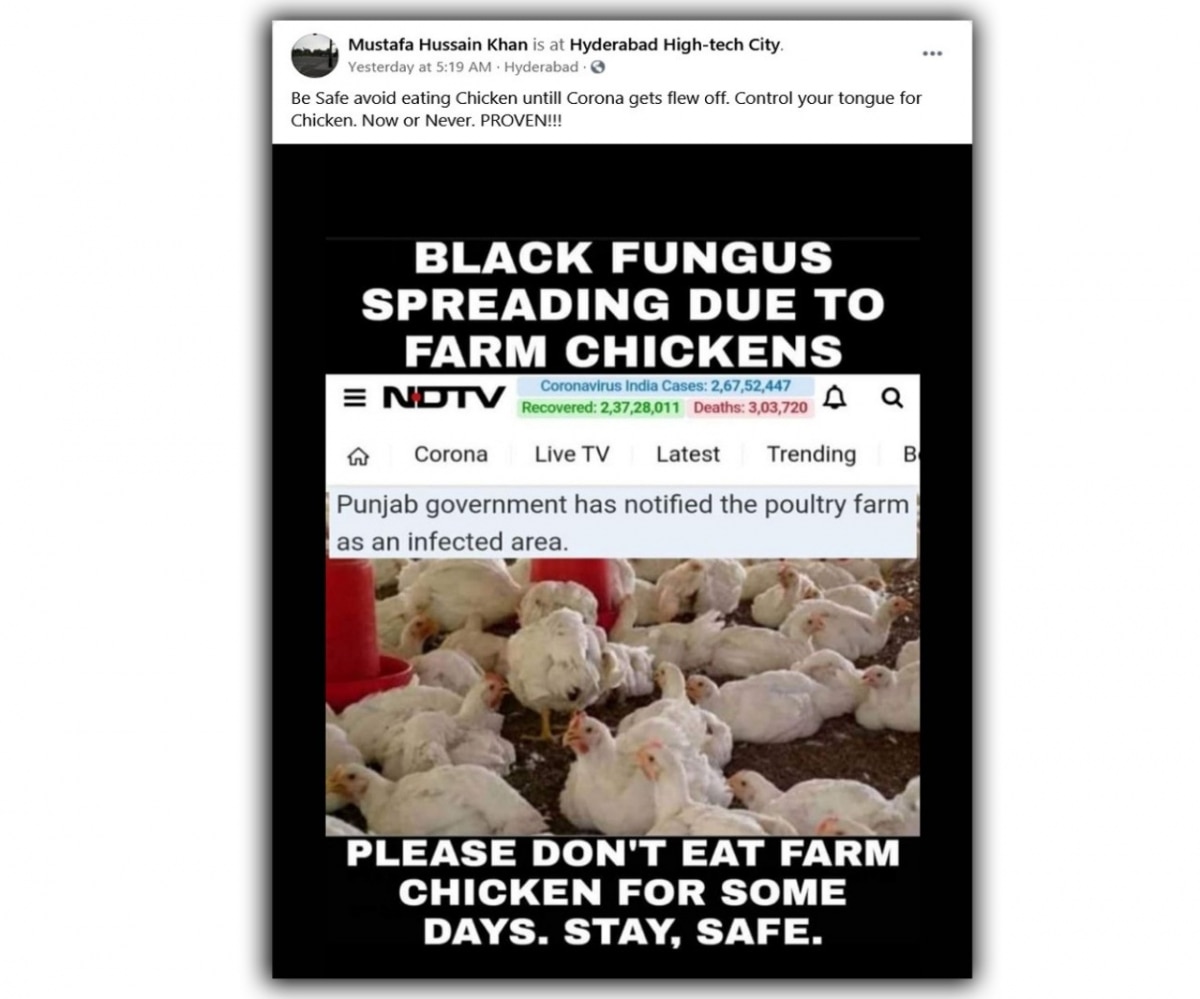 Our team, Truth Unfold has made an investigation regarding the same and has found some malfunction with it. The viral post is a complete fraud and is misleading the audience. The said infection, Black Fungus also known as Mucormycosis is not contagious, which means it cannot spread through contact between people or animals.

Muormycosis mainly affect people who have health related problems or those who are on medicines. As per the studies, it directly affects people with low immune system. Mostly, people can get attacked by the Black fungus when they come in contact with fungal spores.

Talking about the viral report, as the cases of COVID-19 started increasing and India was hit by second wave of the virus, doctors have found new and rare cases of Black fungus in COVID-19 positive patients. The doctors have also conducted a press meet to discuss the possible ways to prevent the contact of black fungus.

Researching about the viral fake news, we found the original post created by NDTV, which was posted back then when bird flu was spread. The original report was made on bird flu cases at poultry farm in Ludhiana, Punjab. Hence, it is very clear now that the viral report on social media is fake and misleading.

Fact Check: Did Hindutva mob beat up a Pastor inside Raipur’s police station?

Taliban did not hang an interpreter from a US helicopter

Fact Check: COVID-19 vaccine can effect the health of children? Find out!

SC asks Centre on its promise regarding criminal politicians